At the foot of the Himalayas, visit Nepal 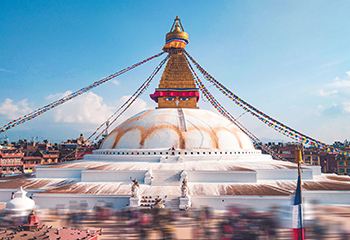 At the foot of the Himalayas, visit Nepal

Steve Newman tours a country that is extraordinarily different

Kathmandu is a fascinating city and The Pashupatinath Temple is an amazing experience. Not just for the bulls which lay across the path and bridge forcing you take another route or the smoke from the cremation fires drifting across the tops of the gold pinnacle miniature temples, but also the Holy Men with their painted faces, wild hair and startling saffron robes.

Just as impressive but in a totally different way, the Bhoudhanath Stupa is circular dome and surrounded by tall shops and houses. Many of which carry a Tibetan stamp as do the faces of some of the people milling around mixing with Buddhist Monks and the hill people in their vivid colours turning the prayer wheels as they circumnavigate the Stupa’s walls.

We took a short domestic flight of some twenty minutes to Pokhara with its beautiful lake and fascinating Buddhist Temple of Peace. It’s a steep walk up but the view from the top over the lake is magnificent with the Himalayas clearly visible to the north calling you to them.

In fact, next morning we drove to the celebrated viewing point to watch the sunrise over the Annapurna Range, quite a sight I can tell you.

Nepal has the distinction of being the only place in the world where the tiger population is increasing.

We visited the Chitwan National Park and if you want to have lasting memories for Nepal other than Everest and the mountains, do visit here and stay in Sauraha, the tourist hub of the park. The hotel selected for us by the company was called Rhino Lodge as the animals come up from the park and river at night and you can watch them from your table.

Indeed, one walked right past where we were eating, and we had to beat a quick retreat on to the steps of the hotel as it walked sedately though the hotel garden and on the main road to join with the elephants and mopeds without a care in the world!

You can explore the park on an elephant safari or you can take a dugout canoe or jeep. In fact, we had to cross the river by canoe to get to the jeep, so you do get the best of both worlds here. The jeep brought us close up views of Sloth Bears, deer and Rhinos and some of the most beautifully coloured birds I have seen anywhere.

Sadly, we never saw any tigers but there are many parks where you are virtually guaranteed to see them if you wish to travel.

Bordia National Park, for example, is virtually uninhabited and is a mixture of dry woods with bunches of cotton and silk trees, open meadow and island-filled streams and is often described as what Chitwan was like some 30 years ago before its development.

Nepal is changing so go quickly and enjoy! 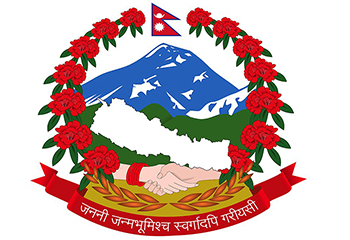 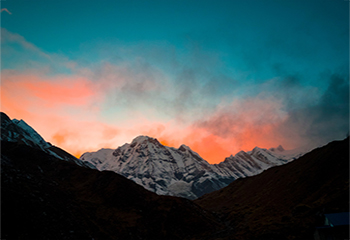 Entry Protocol for Mountaineering Expeditions and Trekking in Nepal