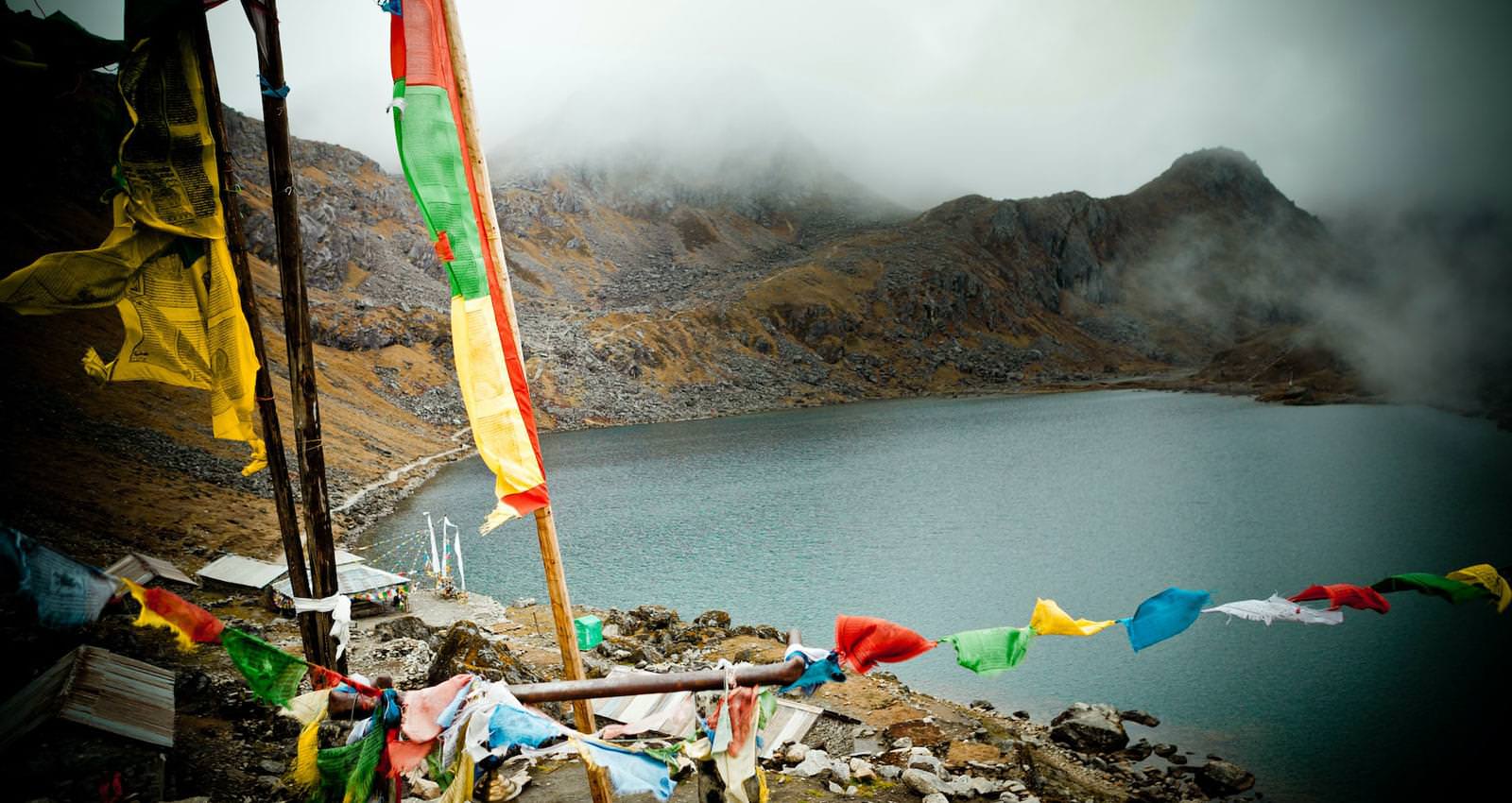 A Trek to the Roof of the Langtang

Are you satisfied with this itinerary?

GET A TRIP QUOTE

Talk with our local travel specialist

A magnificent pond on a rocky surface surrounded by sharp snowy peaks. It seems as if nature is a skilled craftsman with Gosainkunda as its best work of art. Sometimes, it feels like it has pulled on a sheet of snow, while other times, it is smiling in the reflection of the blue sky. This glacial lake is as shy and beautiful as any budding youth. It had been forever since I longed to see the magical Gosainkunda. It is not too far away from the capital. After reaching Rasuwa, one can easily reach Gosainkunda. I had not been able to manage time until now. This year though, I got the chance to see Gosainkunda upfront until my heart desired.

Gosainkunda Trek: A Pilgrimage to the Sacred Lakes of the Himalayas 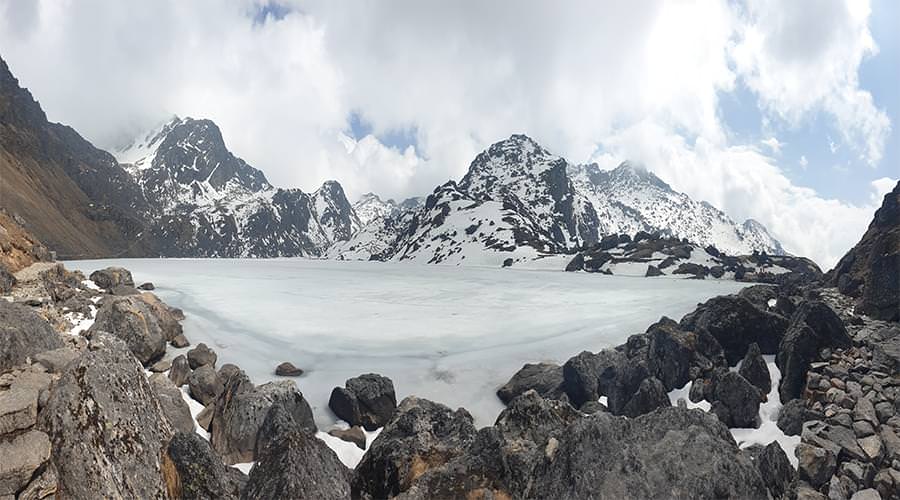 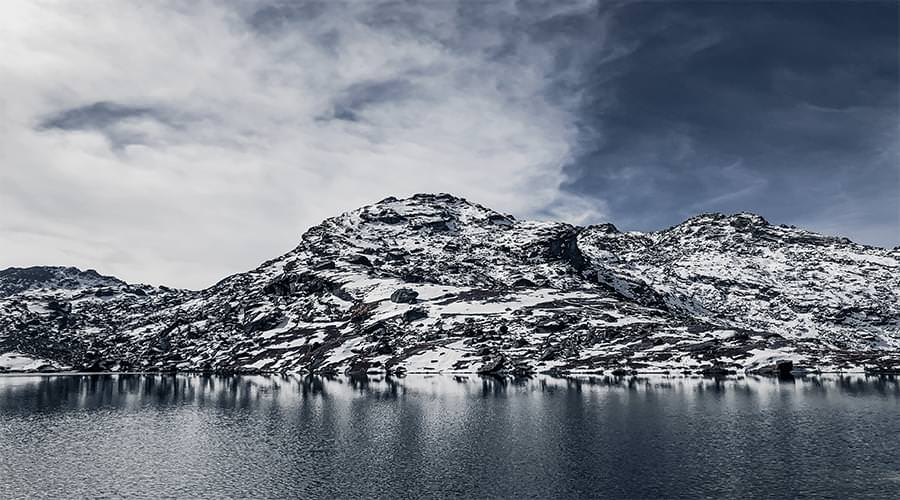 The Langtang region trekking is one of the foremost well-liked trekking regions in Nepal. Among them, Gosaikunda Trek via Dhunche is the most widespread one due to the scenic lake and mountain views. In atmospheric conditions, you'll be able to connect the Langtang and Helambu treks through the trek to the holiest, scenic, and high-altitude Gosaikunda Lake. It may also be doable to hike the path as a private trek or maybe as a comeback visit to Dhunche to the Lakes (8 days), though' the possibility of ascending in these 2 cases will cause adaptation to bother unless you have got done alternative treks more than 4000m. There square measure many lodges and guest homes square measure on the market on the way so finding shelter isn't a haul. Normally, it takes four days to trek from Dhunche, on the brink of the place to begin of Langtang Trek, and to Tharepati within the Helambu region. the full direct distance from the national capital to Gosaikunda is concerned with sixty-seven Kilometers, but we want to drive 117KM from the national capital to Dhunche via the Trishuli watercourse and that we begin the trek for Gosaikunda.

Are You Planning A Trip?

Talk with a travel expert with more than a decade of experience and plan your adventure.

Arrive at Tribhuvan International Airport in Kathmandu. Welcome, meet, assist by our Going Nepal representative, disinfect luggage and hand carry and hand over a bad containing mask, surgical gloves, and sanitizer & transfer to the hotel. Welcome drink followed by tour briefing. The evening is free for you on your own. Stay Overnight at the Kathmandu hotel.

Your day starts early in the morning. After breakfast, a private vehicle will come to receive you with a guide and drive to Dhunche through an exquisite village and you may see covering mountains in conjunction with the Langtang Himal. the overall drive from the national capital to Dhunche is regarding seven hours. Dhunche is the start line of the Gosaikunda Trek and conjointly headquarters of the Rasuwa District. Overnight at Guest house.

After breakfast at Chandanwari, you'll begin your trek with an associate degree ascend till you reach Cholangiopathy and trek more onward to Lauribine. this can be the foremost tough part of this Gosaikunda Via Dhunche Trek. you'll be able to additionally explore the 108 lakes and visit the splendid Gosaikunda Lake. you'll be able to additionally take a dip within the Gosaikunda lake as a result of folks believing that dipping within the holy lake washes off their sins but the water may be cold. you'll see mighty mountains surrounding the lake from all sides and revel in the sunsets and sunrises from the Lake. you'll additionally visit the opposite lakes close to Gosaikunda square measure Bhairav Kunda, Bagkunda, and Surakunda. Overnight at a house in Gosaikunda.

After breakfast, you will trek back in the same way you come yesterday. Enjoying the magnificent views of Ganesh Himal, Langtang Lirung, and Manaslu mountains, you will reach Chandanwari overnight at a guesthouse in Chandanwari.

After breakfast, trek back to Dhunche and overnight at Dhunche.

After Breakfast, you will drive back to Kathmandu by private transportation. As soon as you arrive at the hotel take a cool shower and relax for the day. Dinner and Overnight at the hotel.

You will be served breakfast.  The tour guide comes to receive you and takes you to major sightseeing places like Pashupatinath, Boudhanath, and Bhaktapur durbar square.

Our first stop will be Pashupatinath which is one of the most important pilgrimages for Hindu people from all around the world dedicated to Lord Shiva also you will witness how the cremation procedure is done at Aryaghat, a bank of Bagmati River is a worthwhile observation to understand the Hindu rituals during the funerals and visit around the Pasupati temple.

Afterward, continue to drive to Boudhanath - Boudhanath Stupa is one of the biggest Buddhist shrines in the world, where we observe Buddhist monks in prayer in the monasteries surrounding the stupa. The Tibetan flavor is well observed in the backstreets of Boudhanath. The maroon-robed monks enchanting the holy prayers and the mega statues of Buddha indulging in different mudras is a great opportunity to grasp the practices of rich Buddhist culture.

After finishing the trip in two of the major destination we move towards one of the heritage sites Bhaktapur Durbar Square- Spread over an area of 6.88 sq. km, 12 km south-east of Kathmandu, Bhaktapur, or Bhadgaon showcases the splendor of the Golden Age of Nepali art and architecture. Built by King Anand Dev Malla in the 9th century, the city was declared a UNESCO World Heritage Site in 1979. It has remained a model for heritage conservation since then. At the Bhaktapur Durbar Square, you will find many fine examples of sculpture, woodcarving, and pagodas dedicated to different gods and goddesses – the Nyatapole & Dattaraya Temples, Golden Gate, Palace of 55 windows, etc. we will stop around the area for the lunch and also if you want you can taste their traditional foods and local delicacy.

After visiting Bhaktapur Durbar Square we will make a move toward the hotel. If there’s any time left then you can go shopping around a popular tourist destination ‘Thamel’ which will be nearby walking distance from the hotel and also you can explore around the area. Farewell Dinner with the crew of Going Nepal and overnight at the hotel.

Breakfast and timely transfer to the International Airport for connecting your onward flight.

How Much Does This Trip Cost?

Each trip is customized to fit the clients requirements and group size, the price of each trip we organize is different. The trips price is calculated keeping in view the type of services and accommodation chosen by our clients. To offer you a personalized and seamless holiday experience, we create trips that suit your taste and travel budget.

We see travelers as individuals having their own special needs and preferences. An experience of a lifetime is only possible when each and every detail of your holiday is planned around your needs.

GET A TRIP QUOTE

Not Satisfied with this itinerary?

Customize this trip with help from our local travel specialist that matches your interests. 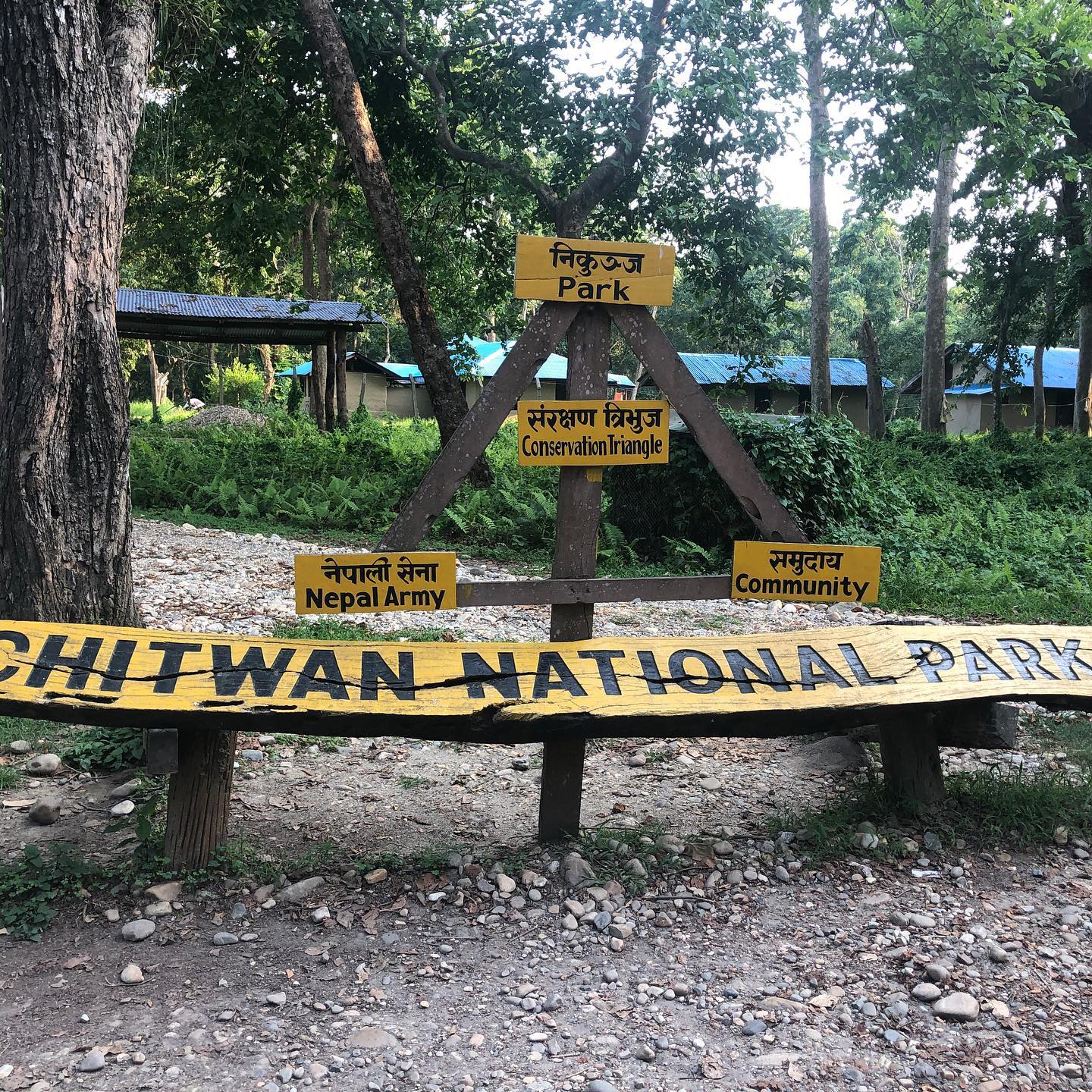 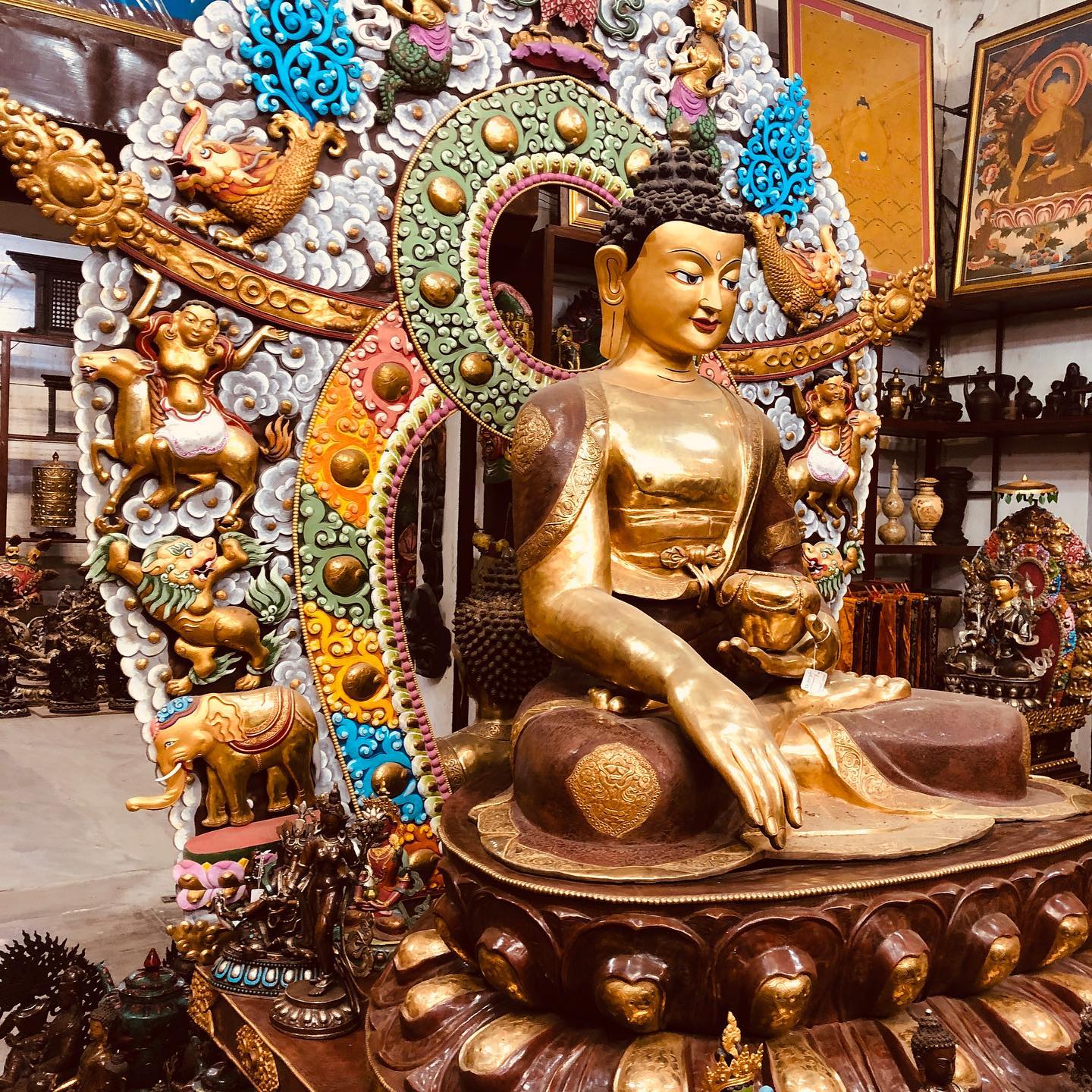 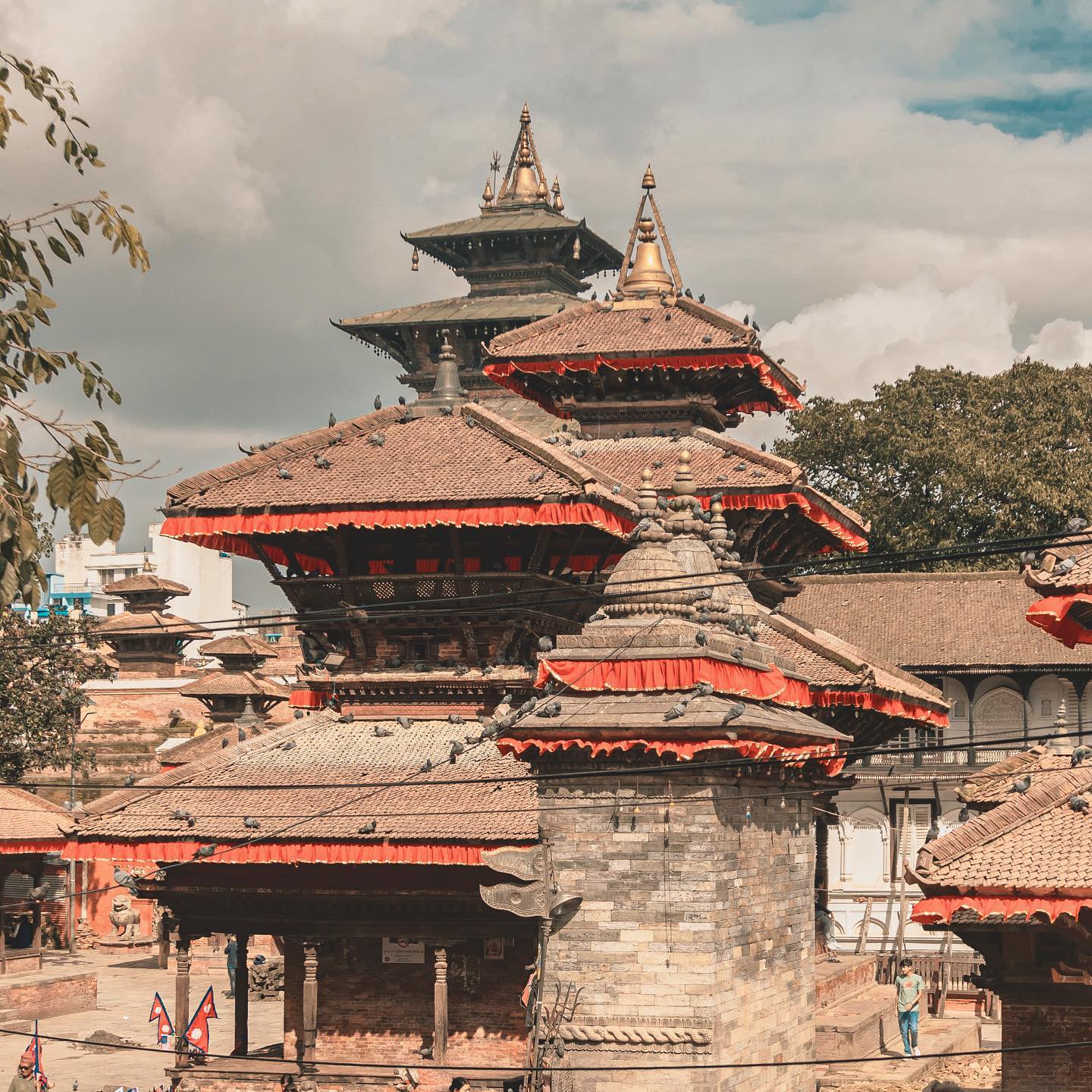 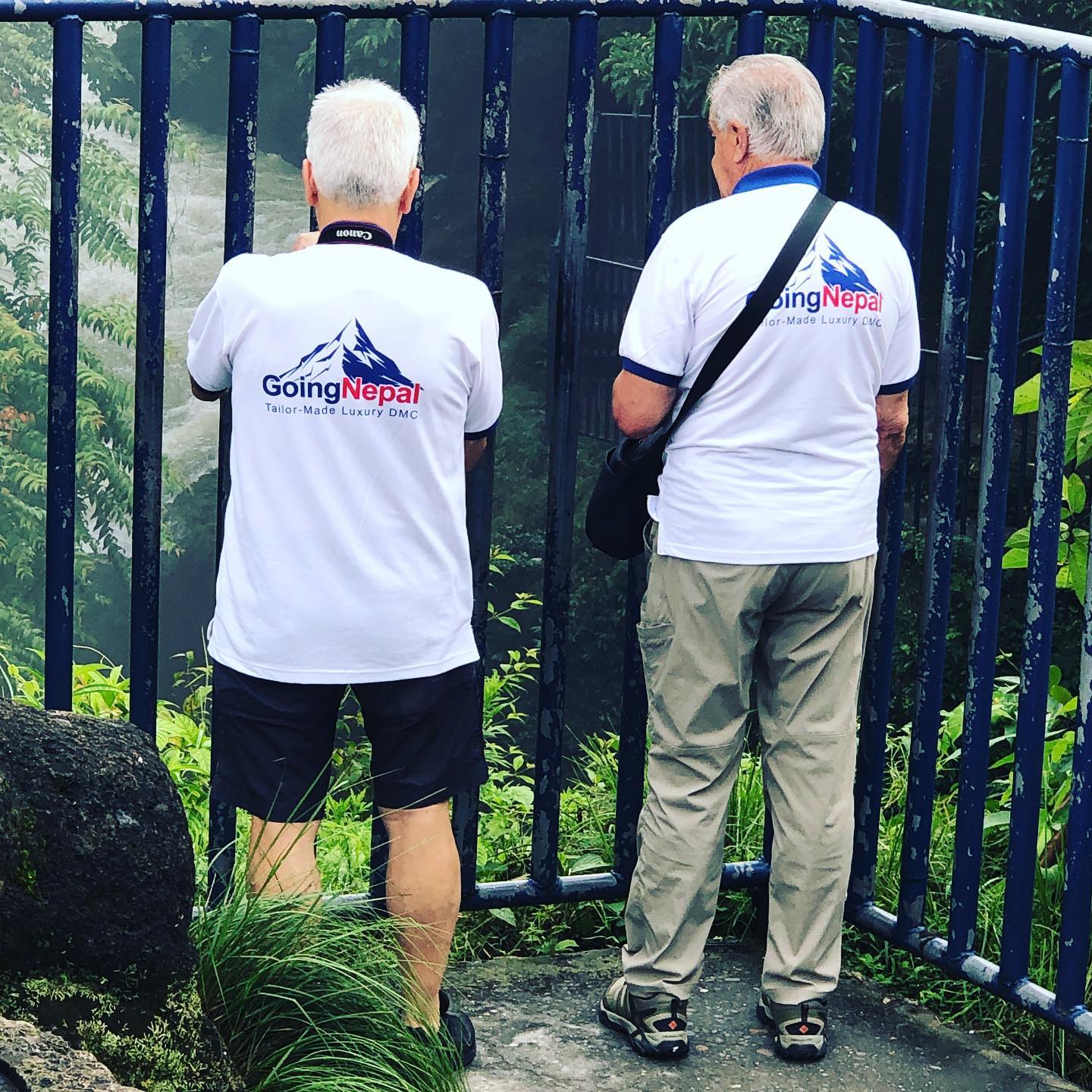 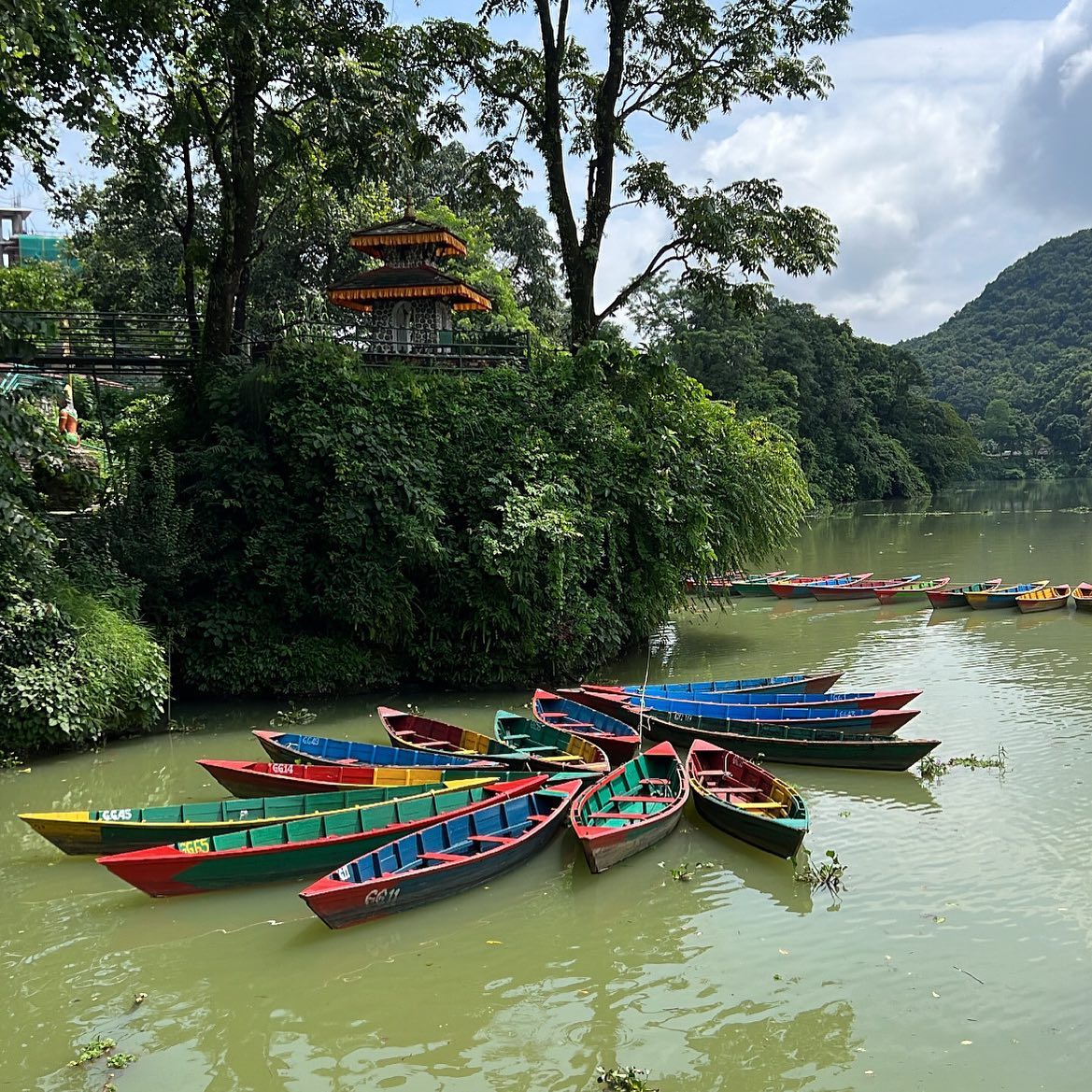 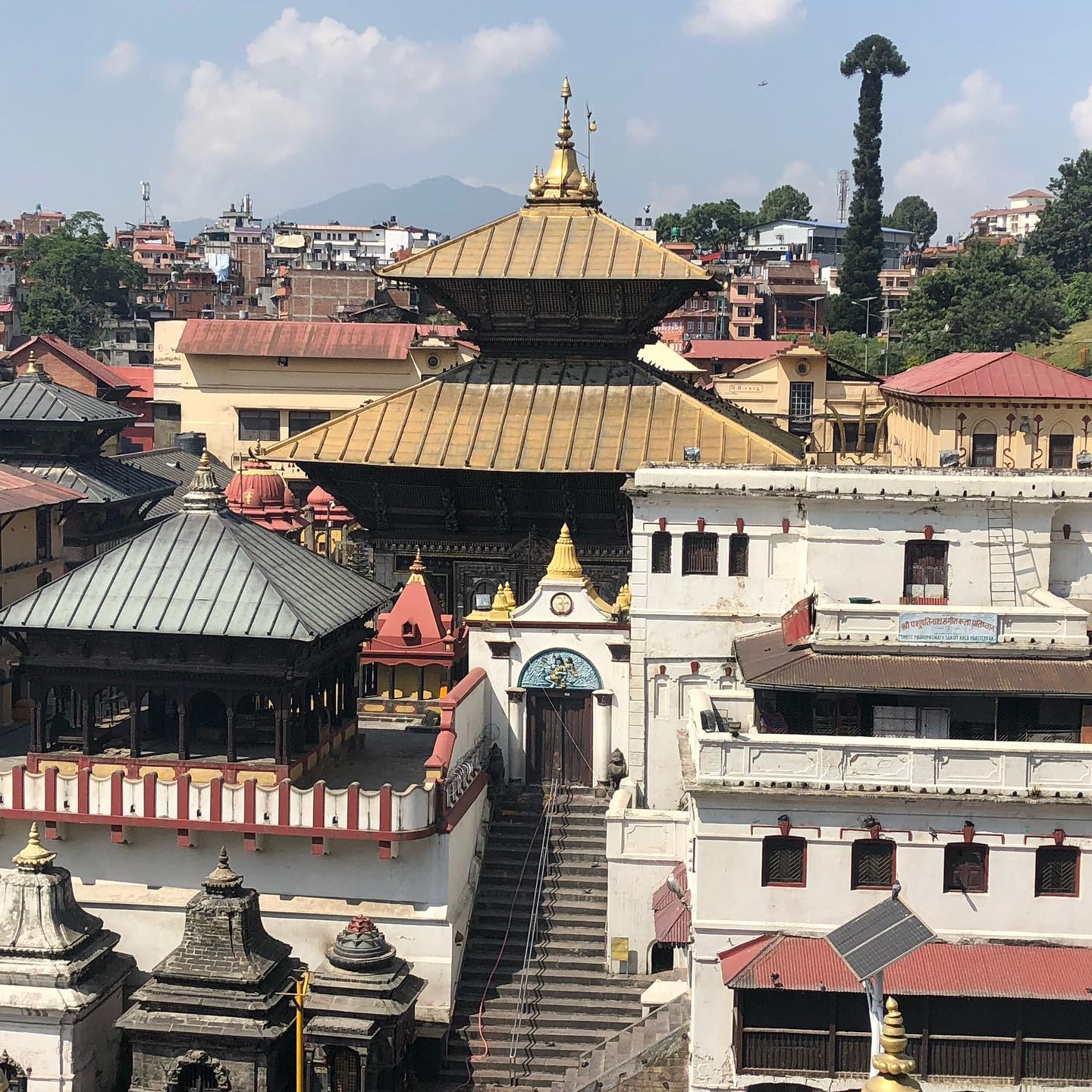 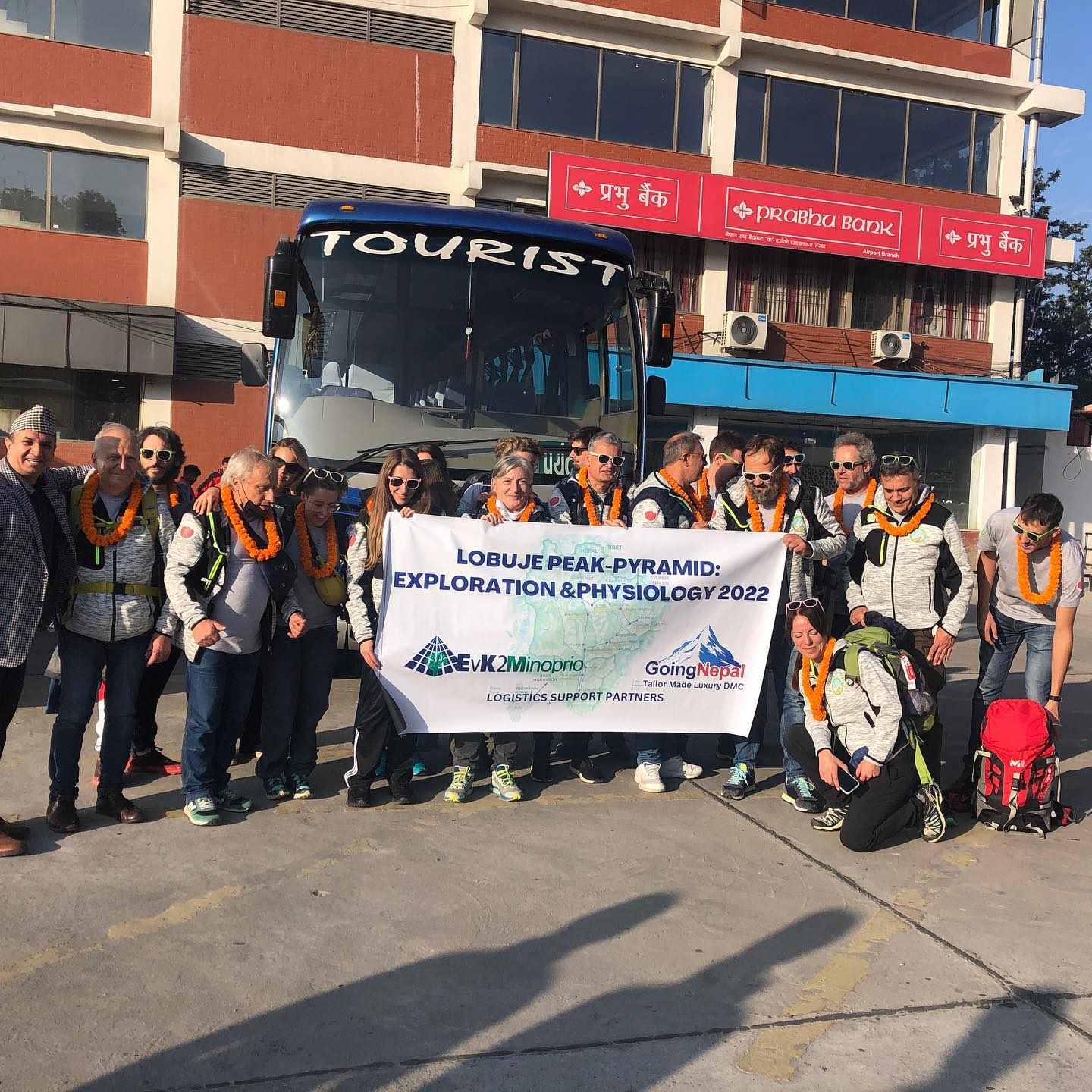 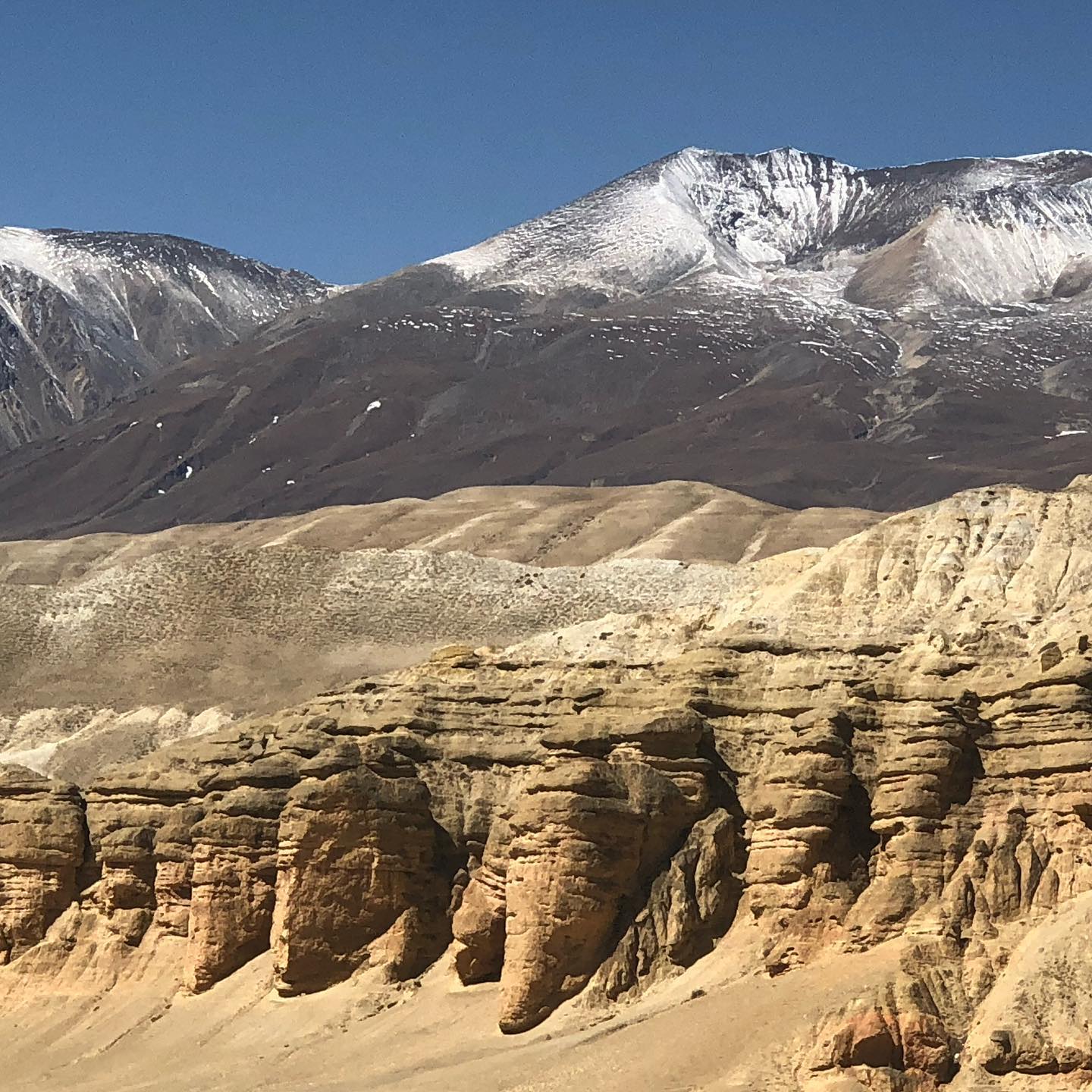 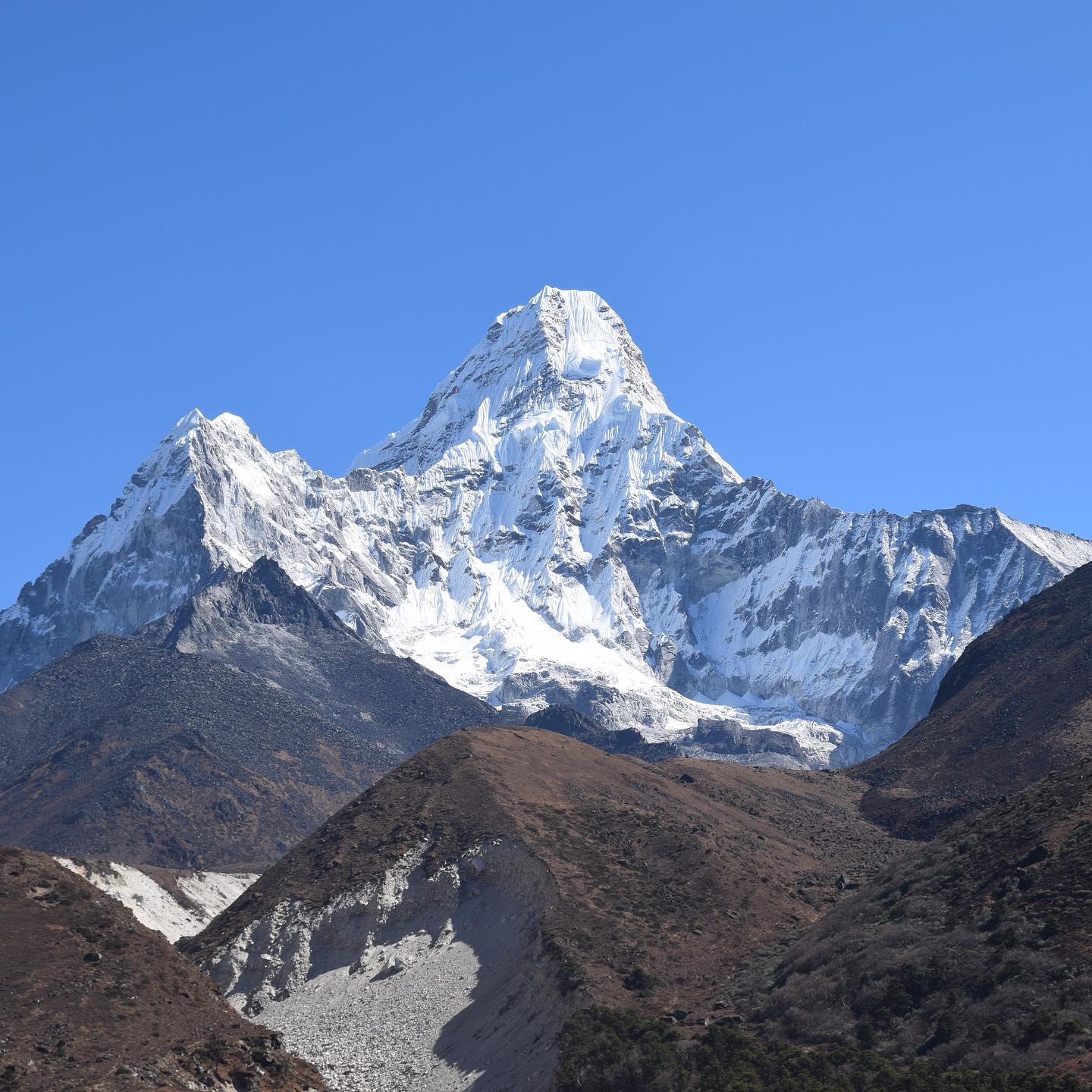 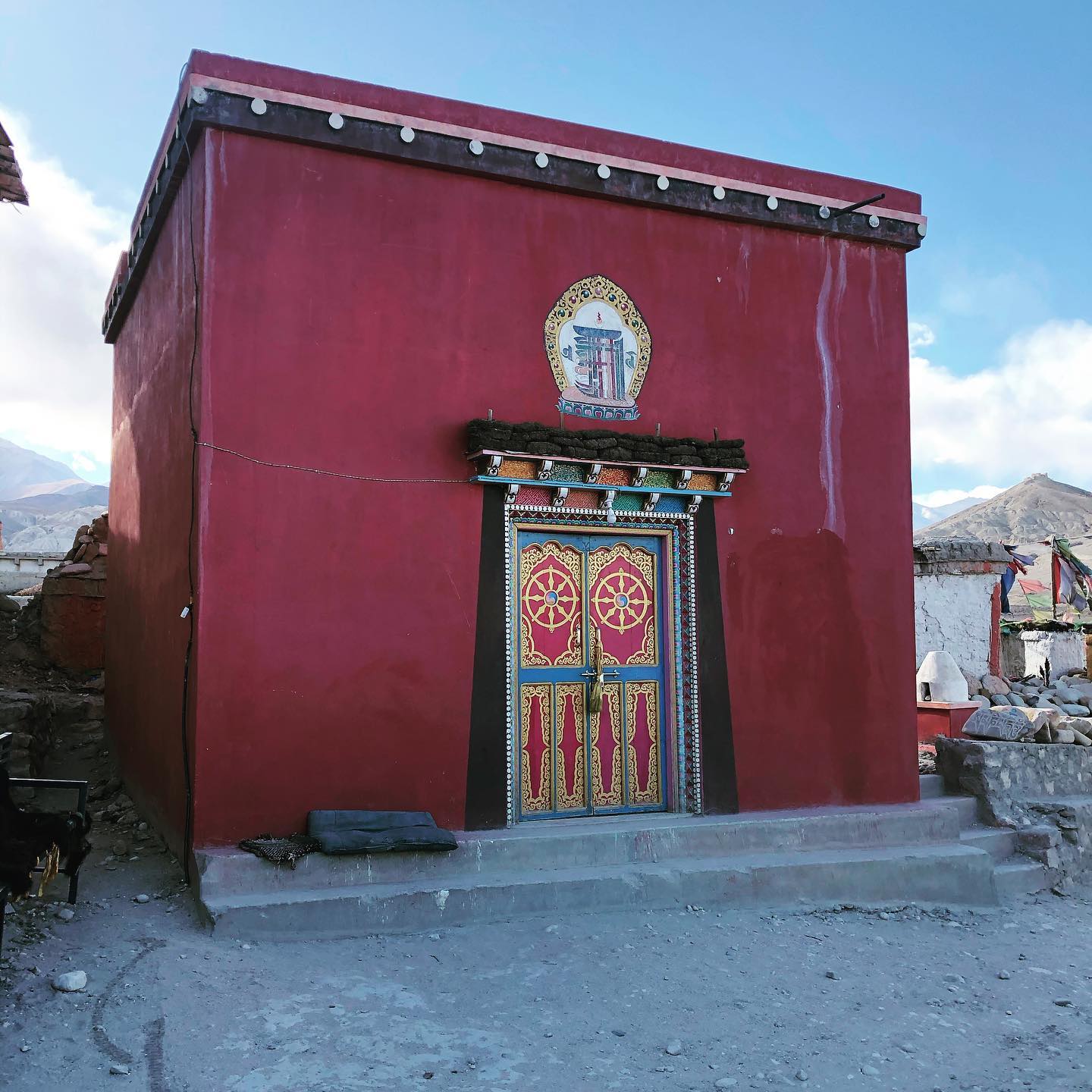 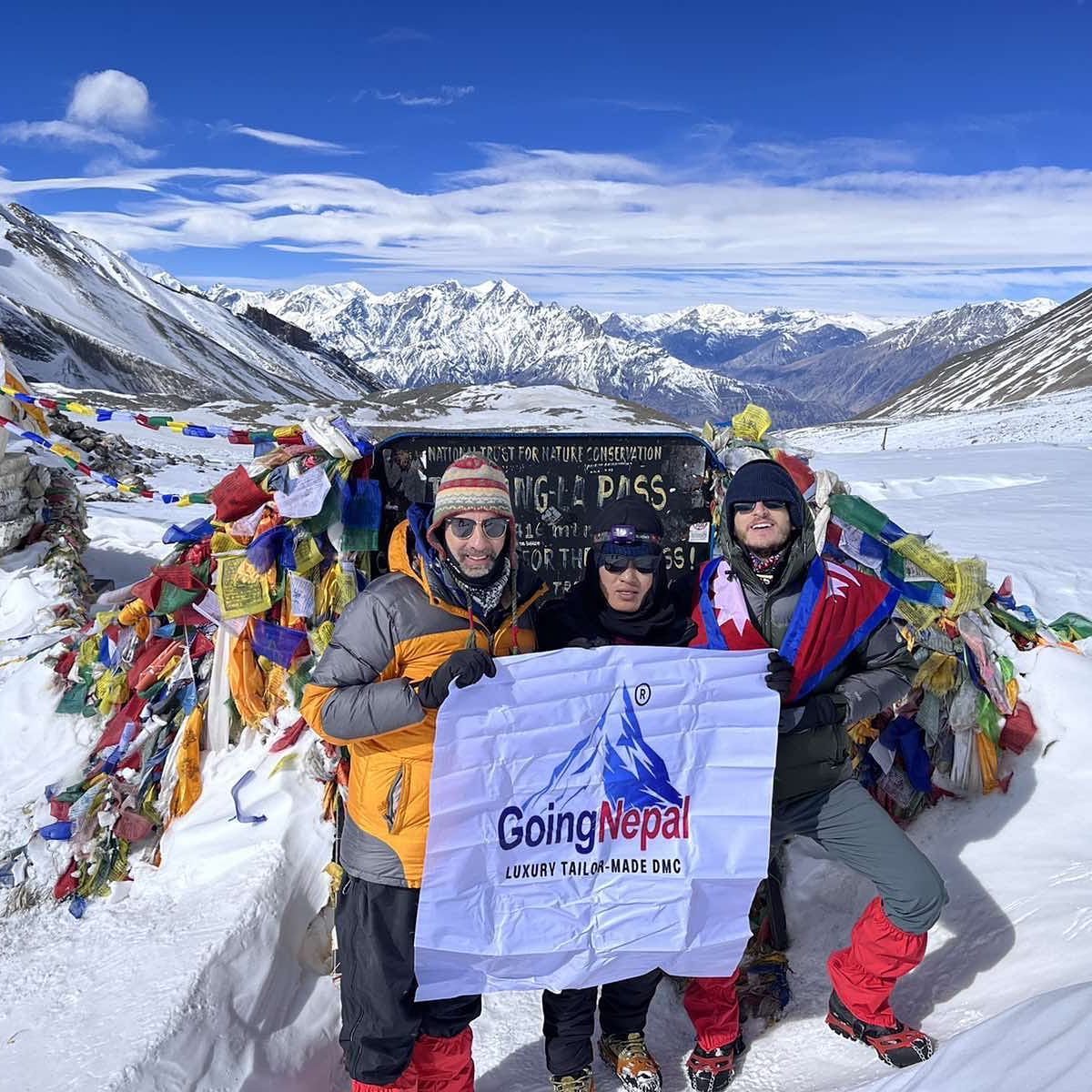 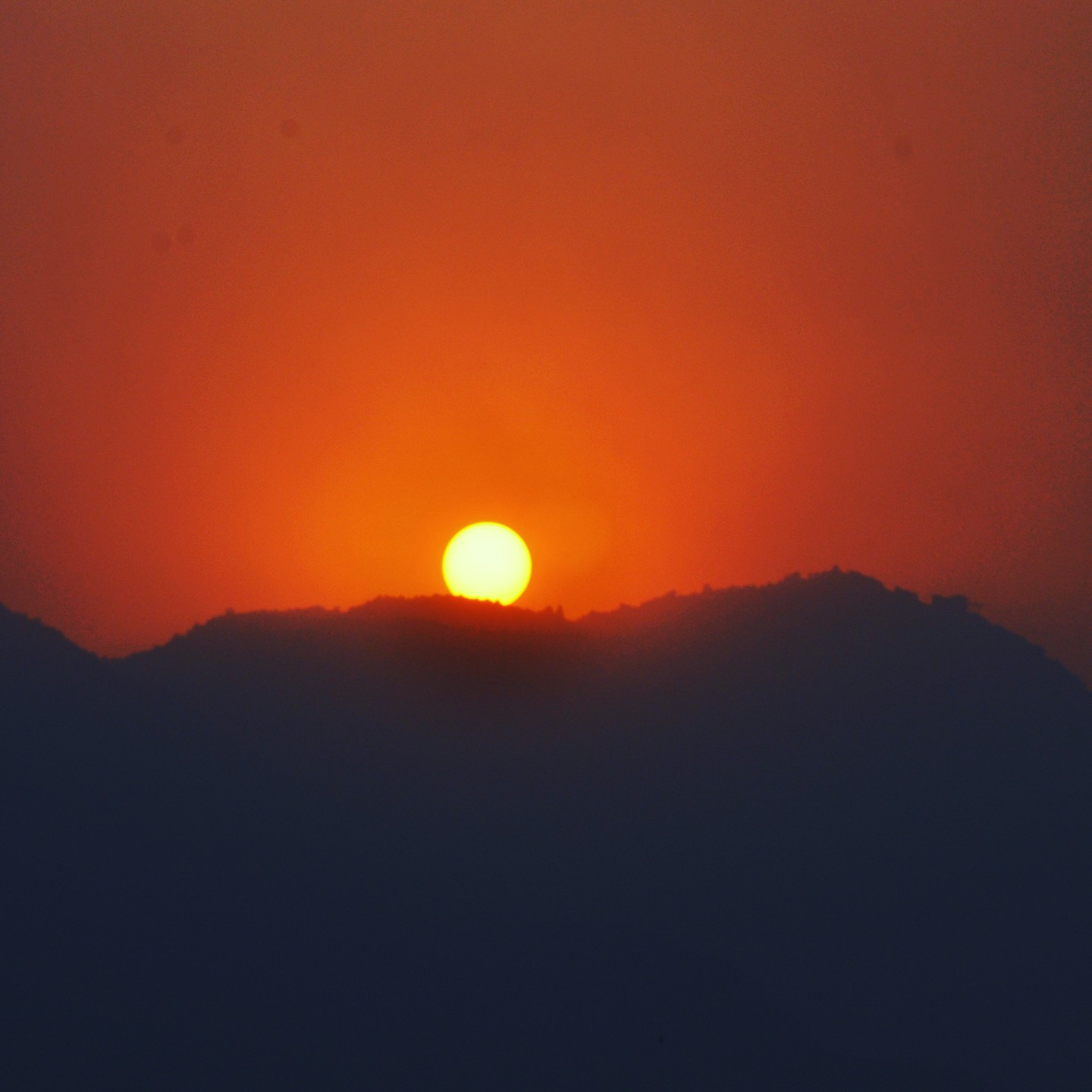